flynas Celebrates 10th Anniversary of its First Flight to Jordan 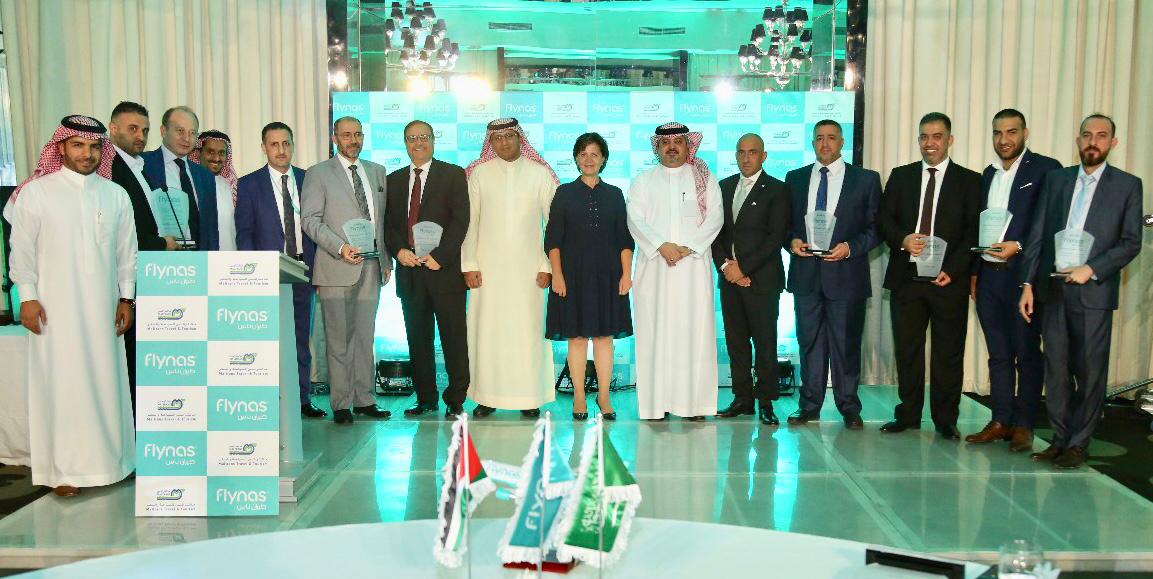 In the presence of the Minister of Tourism and Antiquities

Riyadh, Saudi Arabia, October 3, 2018: flynas, the Saudi national air carrier and leading low-cost airline in the Middle East, held a ceremony to mark the 10th anniversary of launching its flights to Jordan and to honor its travel and tourism partners. The ceremony was held at Rotana Hotel in Amman on Tuesday, October 3, 2018, in the presence of His Excellency the Minister of Tourism and Antiquities of Jordan, the Deputy Ambassador of the Custodian of the Two Holy Mosques and the chargé d’affaires of the Saudi Embassy in the Hashemite Kingdom of Jordan, as well as officials of Queen Alia International Airport and the Executive Management of flynas.

Through this ceremony, flynas aims to honor its travel and tourism partners who have contributed to the success of its expansion strategy since the launch of its flights. Amman is considered one of flynas’ first destinations, as the first flight from Riyadh to Amman was launched in July 2008 and the first flight from Jeddah to Amman was launched in July 2009.

On this occasion, the Director General of International Sales of flynas, Mr. Abdul Ellah Al-Eidi, said that this ceremony, which takes place in the Hashemite Kingdom of Jordan, emphasizes the importance of Amman, which was one of the first destinations of flynas’ flights since 2008 to this day.

Mr. Al-Eidi expressed his appreciation for the efforts of flynas’ travel agents, valuing their support to flynas, the Saudi national air carrier and leading low-cost airline in the Middle East.

In this regard, he stressed, “The success of flynas expansion strategy, has been translated by the company through many achievements, the most important of which was transporting six million five hundred thousand passengers on our flights during 2017, and we expect this number to increase significantly during 2018 due to the presence of partners committed with the highest standards of excellence”.

Mr Al-Eidi expressed his pride in flynas’ achievements over the last 11 years since its establishment and wished to reach more achievements and partnerships with neighboring countries, especially the Kingdom of Jordan.

Established in 2007, flynas is the national Saudi Carrier and the leading low cost airline in the Middle East with a fleet of 30 Airbus A320 Aircraft, operating over 1,100 flights weekly to 17 domestic destinations and 53 international destinations. Since its launch, flynas has successfully carried more than 38 million passengers from its bases of Riyadh, Jeddah, Dammam and Abha.