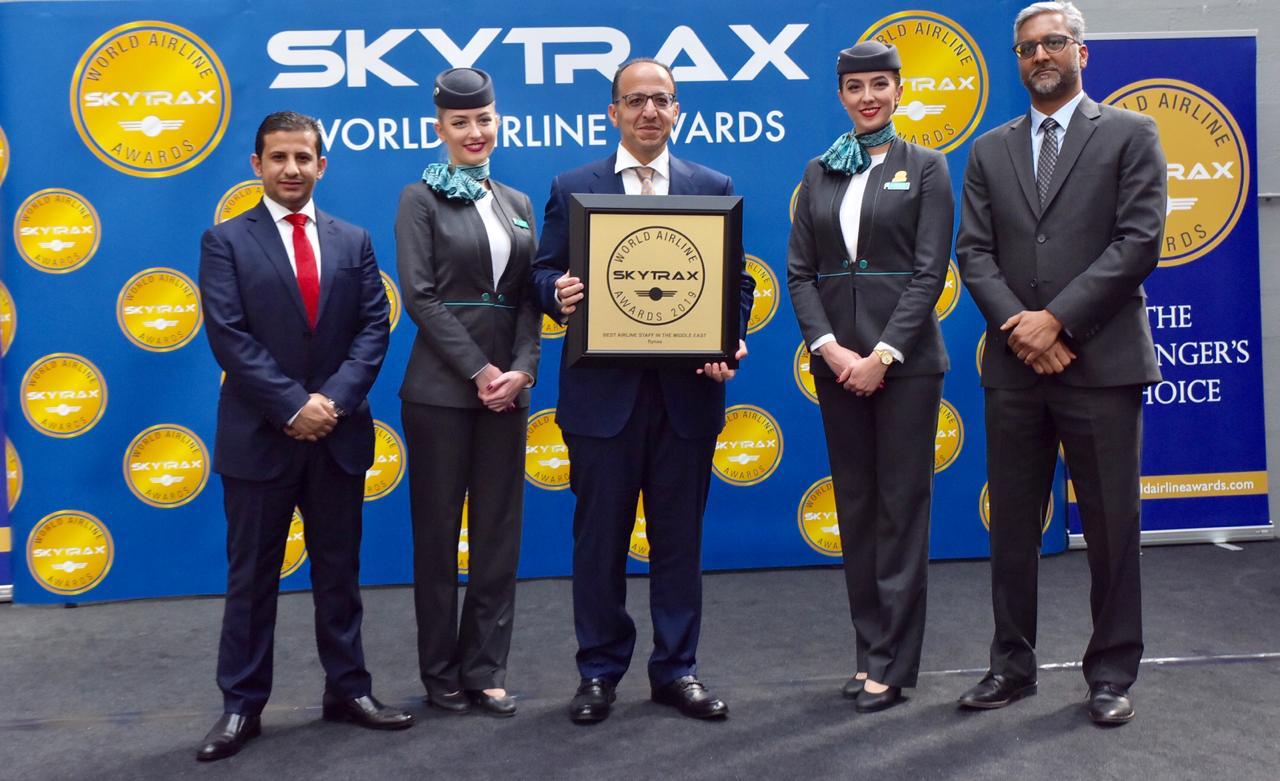 In this regard, Mr. Bander Al-Mohanna, flynas’ CEO, stated, “These awards are a remarkable national achievement for our beloved Kingdom in the aviation sector. We pride ourselves on our professional staff who are constantly contributing towards the development of the air transport industry through seeking excellence and leadership”.

Mr. Al-Mohanna also noted that this award will be added to a remarkable array of achievements accomplished by flynas as a result of the confidence and continuous support granted by its guests, in addition to its professional staff who work tirelessly to realize the targets of the Kingdom’s Vision 2030 regarding increasing the number of tourists. He added “we are constantly working to add new destinations that meet our passengers’ travel needs, create new markets, provide competitive options, and offer an opportunity to learn about multiple cultures. These efforts have enabled us to achieve such prestigious international awards, in addition to fulfilling our objective to continuously develop and maintain our leading role within the Middle East’s economic aviation market”.

Mr. Al-Mohanna stressed that winning the Skytrax award for the third consecutive year reaffirms flynas’ position in the economic aviation industry, as the winners are selected based on annual votes and surveys conducted by Skytrax over months. This survey is the largest survey of passenger satisfaction in the world, and Skytrax announces the winners based on its results. The Best Airline Award is awarded based on an assessment of customer satisfaction with the products and service standards offered by the airline’s team, including the cabin crew and the airport staff.

He also pointed out that winning the Best Airline Staff in the Middle East award is an affirmation of the employees' relationship with their company, their confidence in its management, the brand's position and its strength, as well as its highly productive environment. This award also confirms the precision of the approach adopted by flynas in the ongoing training programs to support and develop the work environment, which aims at increasing the passengers’ satisfaction rate.

On the reasons and factors of flynas’ success, Al-Mohanna stressed that flynas’ localization strategy has had a significant impact on achieving the company's objectives, as it created several programs to support localization, most notably the “Future Pilots” program which trained more than 200 Saudi pilots, the “Flight Attendants” program, and “Your Job and Your Scholarship” program. This strategy is based mainly on training and developing the working environment in order to preserve and develop national talents.

He noted the new summer 2019 destinations, including Sarajevo, Vienna, Batumi, Tbilisi and Baku, adding, “We strive to provide the best services to our guests in order to meet their needs and diverse requirements. We also work to enhance the efficiency of our passengers’ experience and achieve their aspirations.”

The “Skytrax” award is a global standard for excellence amongst airlines. The winners are selected based on votes and surveys conducted by Skytrax over a 10-month period to rate quality and standards across 41 key performance indicators related to services and products offered by airlines.

These awards will be added to flynas’ record of achievements and awards, including the IATA’s Operational Safety Audit (IOSA) Certificate, which is an internationally accepted evaluation process of an airline’s operational management and control systems and its commitment to the highest safety standards, and the Middle East’s Leading Low-Cost Airline Award from WTA for five consecutive years.

Established in 2007, flynas is the national Saudi Carrier and the leading low-cost airline in the Middle East with a fleet of 30 Airbus A320 Aircrafts, operating over 1,100 flights weekly to 17 domestic destinations and 53 international destinations. Since its launch, flynas has successfully carried more than 43 million passengers from its bases of Riyadh, Jeddah, Dammam and Abha.