flynas announce a firm order of 10 Airbus A321XLR, which will increase the total number of its firm order of A320 family aircraft type to 90 aircraft 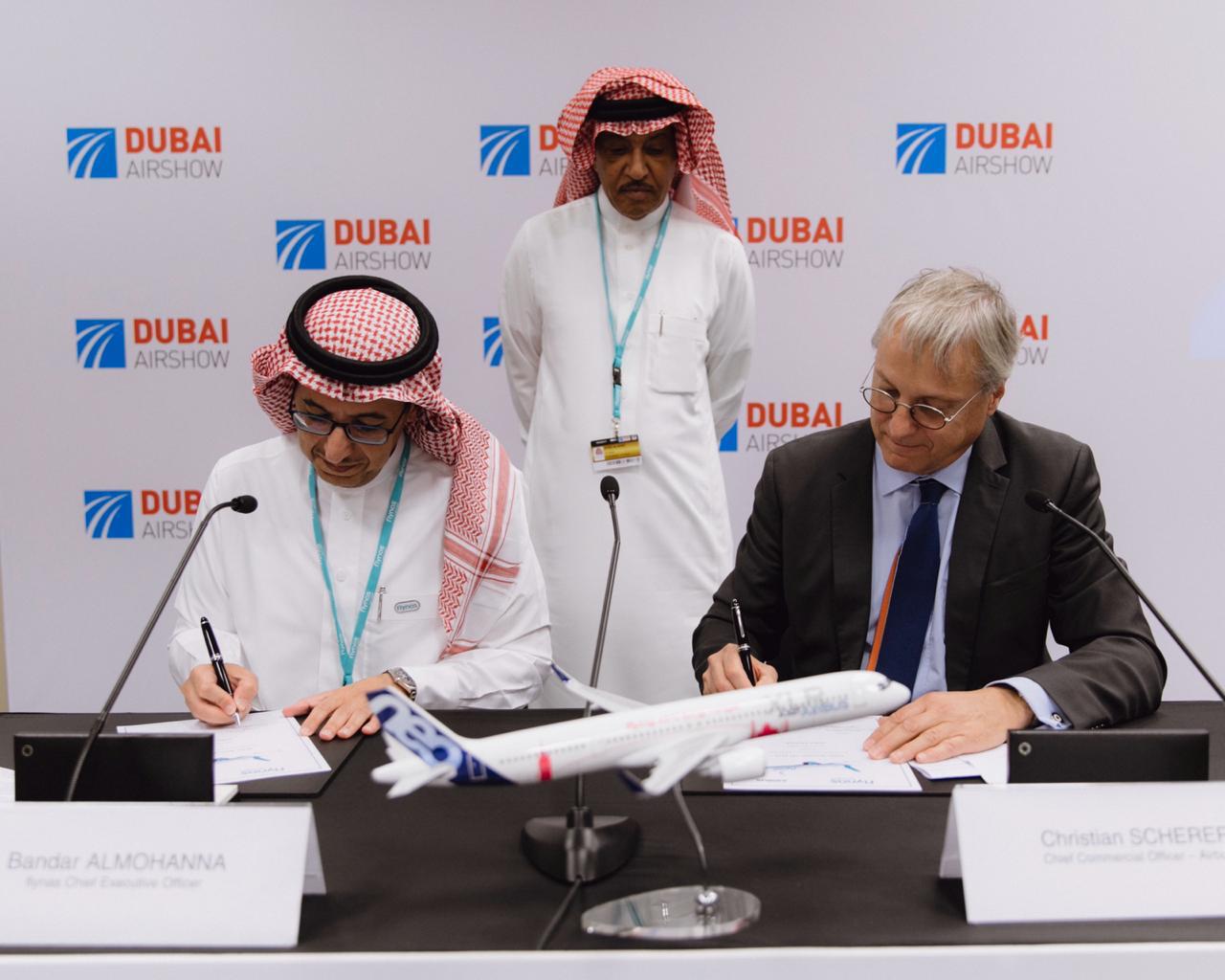 The agreement was signed by Bandar Almohanna, flynas Chief Executive Officer and Christian Scherer Airbus Chief Commercial Officer. Bander Almohanna flynas CEO, says “ Flynas is pleased to announce a firm order of 10 x A321XLR, which will increase the total number of its firm order of A320 family aircraft type to 90 aircraft at list price worth 10 USD 10 billion.

Almohanna added: These 10 XLRs will expand the reach of flynas network to much farther destinations with support of significantly longer flying range compared to the existing A320neo order, and therefore would help to add further support to the Vision 2030 of Saudi Arabia in increasing the number of Religious pilgrims to 4 times the current level, flynas has been the first airline to launch A320neo in Saudi Arabia, with already 4 aircraft delivered in last 12 months.

This new technology aircraft with impressive fuel savings and long flying range has already been a game changer for Flynas - which has further helped us to win the Skytrax award for the Best Low Cost airline in the Middle East Region third time in a row - in addition to winning the Best Airline Staff award in the region for the first time. Almohanna add : “Flynas is eager to adding more long range aircraft in the future to further expand its wings in the international operations to provide a strong support to our Government in achieving the Vision 2030 and we express our gratitude to everyone at Airbus and all suppliers for parts and services for their hard work and dedication in supporting flynas in this long and successful journey - and we look forward to making our relationship stronger.

The A321XLR is the next evolutionary step from the A321LR which responds to market needs for even more range and payload, creating more value for the airlines. The aircraft will deliver an unprecedented Xtra Long Range of up to 4,700nm – with 30% lower fuel consumption per seat, compared with previous-generation competitor jets. At the end of October 2019, the A320neo Family had accumulated more than 7,000 firm orders from over 110 customers worldwide.

Established in 2007, flynas is the national Saudi Carrier and the leading low-cost airline in the Middle East with a fleet of 30 Airbus A320 Aircrafts, operating over 1,100 flights weekly to 17 domestic destinations and 53 international destinations. Since its launch, flynas has successfully carried more than 38 million passengers from its bases of Riyadh, Jeddah, Dammam and Abha.