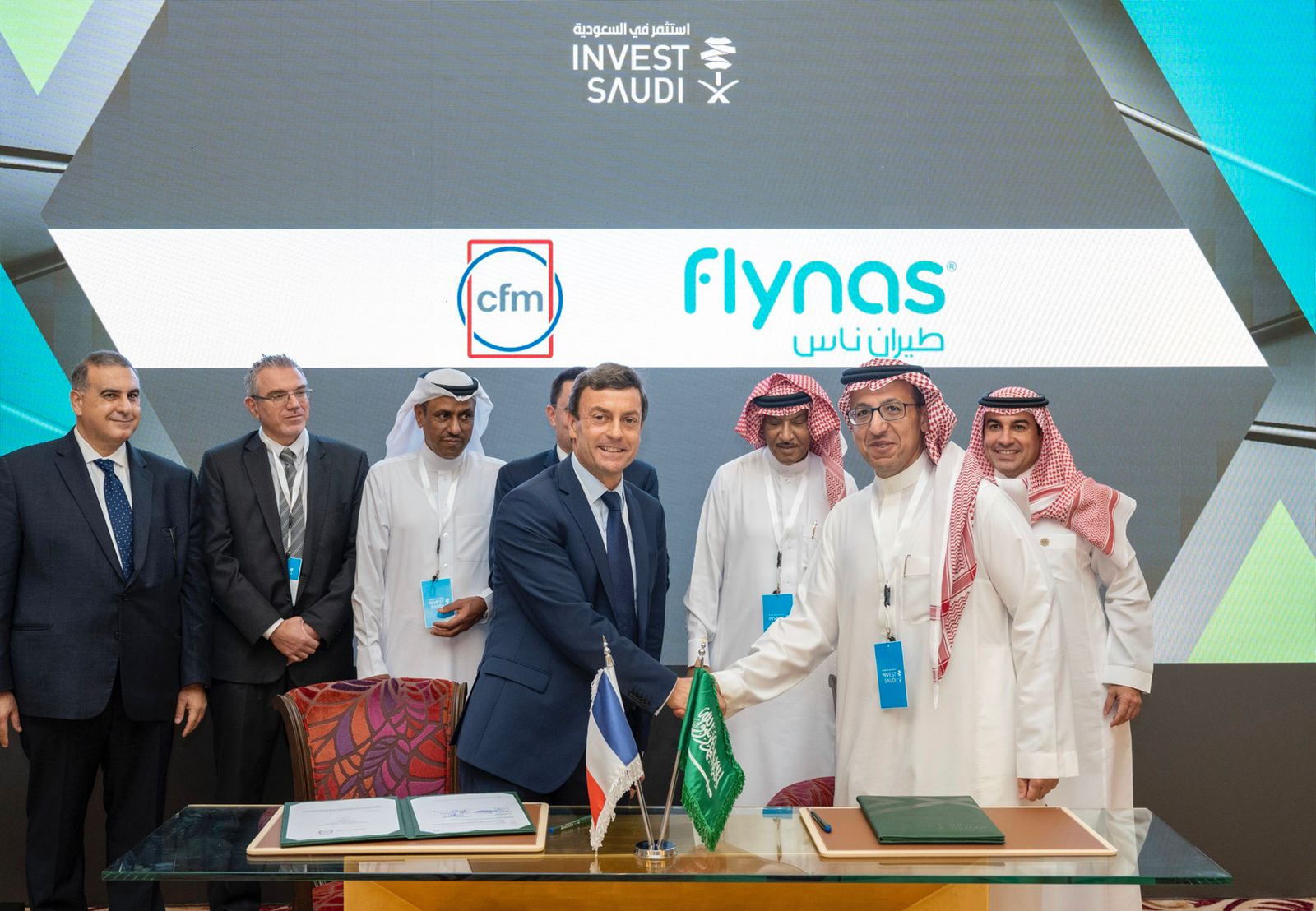 Kingdom of Saudi Arabia - 04 December 2021 - In conjunction with French President Emmanuel Macron’s state visit to Saudi Arabia, the flag low-cost carrier flynas has finalized a multi-year Rate Per Flight Hour (RPFH) agreement with CFM International for the LEAP-1A engines powering the airline’s fleet of 80 Airbus A320neo aircraft. The support agreement is valued at US$4 billion at list price pertaining to the Letter Agreement for aircraft engine selection signed in 2018.

The ceremony was attended by senior officials of the French government, along with Chairman Ayed Aljeaid and CEO Bander Almohanna of flynas along with and CFM Senior Executive Vice President Marketing & Sales Philippe Couteaux.

RPFH agreement is a part of CFM’s portfolio of flexible aftermarket support offerings.  Throughout the term of the agreement, CFM will guarantee maintenance costs for the airline’s 160 LEAP-1A engines on per engine flight hour basis.

Based in Riyadh, flynas currently operates both domestic and international flights with a modern fleet of 20 Airbus A320neo aircraft powered by the fuel-efficient LEAP-1A engines and 16 Airbus A320ceo aircraft powered by CFM56-5B engines. The airline has been named “Middle-East’s Leading Low-Cost Airline” by World Travel Awards seven consecutive years starting in 2015, and also “Best Low-Cost Airline” by Skytrax World Airline Awards four consecutive year starting 2017 including “Most Improved Airline in the Middle-East” and also “Best Airline Staff in the Middle-East”.

“Flynas has been a long-standing, invaluable customer. It’s an honor to grow our relationship, and we’re confident CFM aftermarket services will help facilitate further growth for our customer, now and in the future.” said Philippe Couteaux.

Bander Almohanna, Chief Executive Officer and Managing Director, of Flynas added, “The LEAP-1A engines have performed remarkably well in our fleet. We continue to see outstanding operational reliability and efficiency, and we’re delighted to strengthen our valued relationship with CFM.”

Established in 2007, flynas is the national Saudi Arabian carrier and a leading low-cost airline in the Middle East. It operates a fleet of 20 Airbus A320neo and 16 Airbus A320ceo aircraft on more than 1,100 flights per week to 17 domestic destinations and 53 international destinations. Since its launch, flynas has successfully carried more than 50 million passengers from its bases of Riyadh, Jeddah, Dammam, and Abha. Visit us at www.flynas.com or follow us on Twitter and facebook at @flynas,

CFM International, a 50/50 joint company between GE and Safran Aircraft Engines. For more information, visit us at www.cfmaeroengines.com or follow us on Twitter @CFM_engines